On Tuesday morning, feeling a little worse for wear after a late-night Bacardi party at Strøm Bar, I begin with a hearty breakfast of to recalibrate my dulled senses and once again had a lovely walk through the cobblestone streets of Copenhagen on my way to Day 2 of the Copenhagen Cocktail & Spirits Festival. 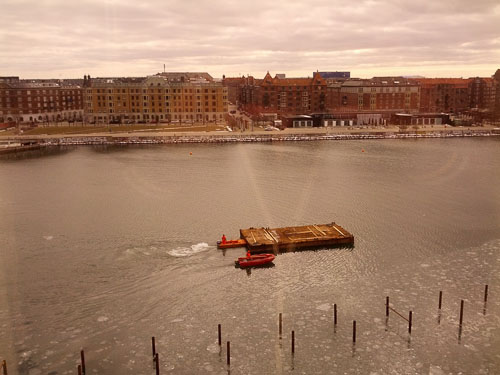 The highlight of the day for me was a panel discussion called "Keep the Booze Flowing and the Money Rolling". An all-star panel of Joaquin Simo from Pouring Ribbons, spirits expert Elayne Duff, Leo Robitschek of Eleven Madison Park and The NoMad in New York City, and Don Lee, whose seminar we wrote about yesterday.

The NY Times did an article about Pouring Ribbons last year which included an amazing analysis of their bar setup and how it serves both the bar and the customer. This presentation used the insights captured in this article to kick-off a discussion about other ways that bars can ensure that they make a profit, and the panelists shared their personal experiences in creating profitable bars.

Elayne was kind enough to post the entire presentation online, and you can see it here. Because of this, I'm going to just pull out a few gems from what was a rich source of intelligence on not losing your shirt in the bar business. 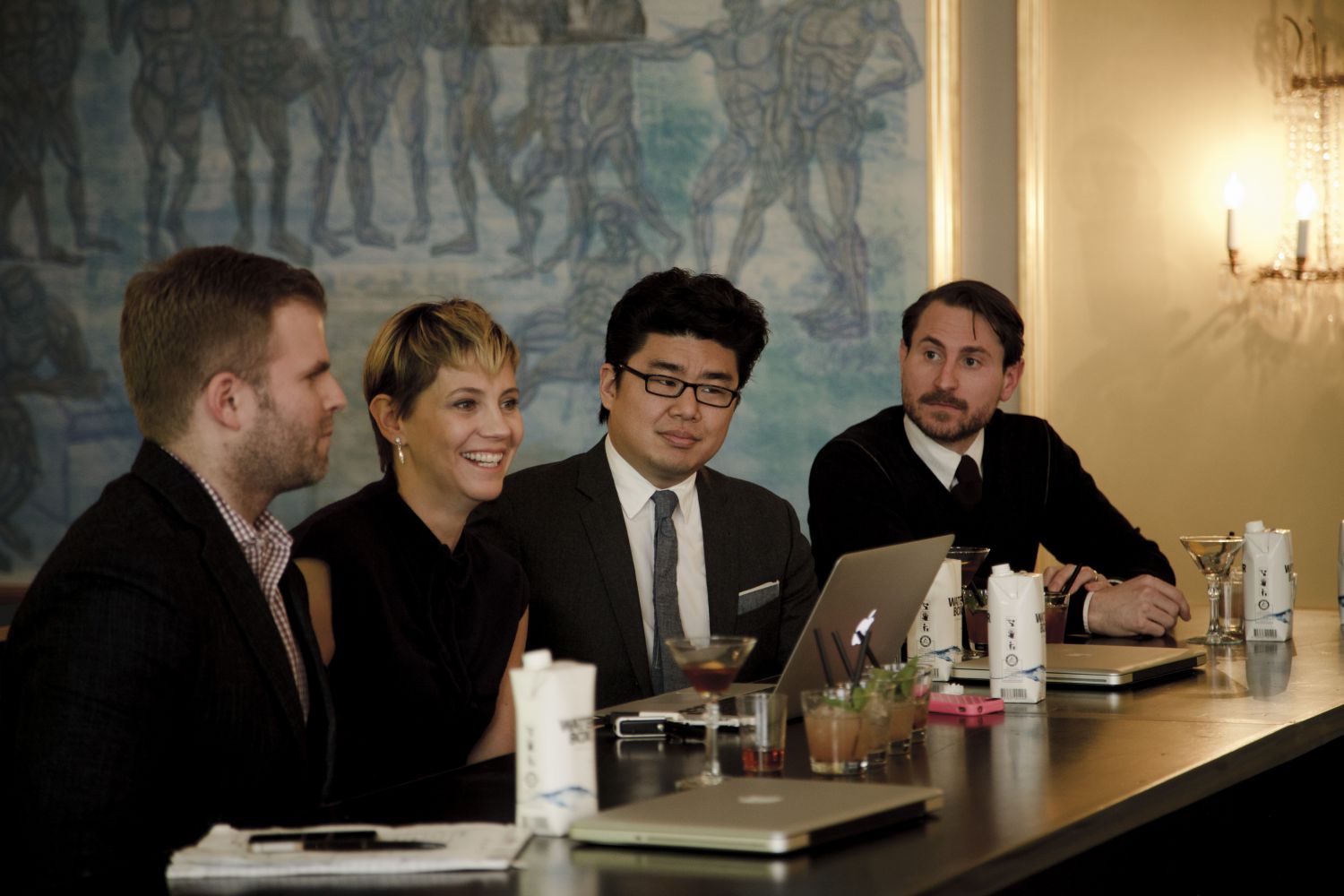 First, they tackled equipment. Leo got up and spoke about the layout of his bar at NoMad, from the placement of his sinks to the location of the service bar (it's kept separate from the main bar, hidden out of sight). The depth of the bar and the height of the floor are all factors that influence not only how well the customers can watch the theatre happening on the other side of the bar but also the health of the bartenders. Too deep a bar can mean the bartender is repeatedly leaning way over to present drinks, which over time can take a toll on their back.

Conversation then turned toward mise en place, a term normally associated with chefs in the kitchen but which equally applies to mixologists. Literally "putting in place", it means organizing and arranging the ingredients (and bottles) you will require in the preparation of your dish/drink. A messy bar/workstation shows a lack of organization, and that type of sloppiness will likely reflect itself in the finished product.

One insightful observation by Leo was the topic of muddling. He pointed out (rightly) that because of variations in ripeness and technique, when muddling things like jalapenos it is pretty much impossible to achieve a consistent level of spiciness. A customer should have confidence that when he orders a spicy drink, it will be the same as the last one he ordered, despite who makes it at the bar. For this reason, NoMad does freshly infused syrups, combining (in this case) the jalapeno with their simple syrup so that every drink has the same proportion of spiciness to sweetness. Joaquin bolstered Leo's argument by mentioning that that they do fresh infusions twice a week at Pouring Ribbons. 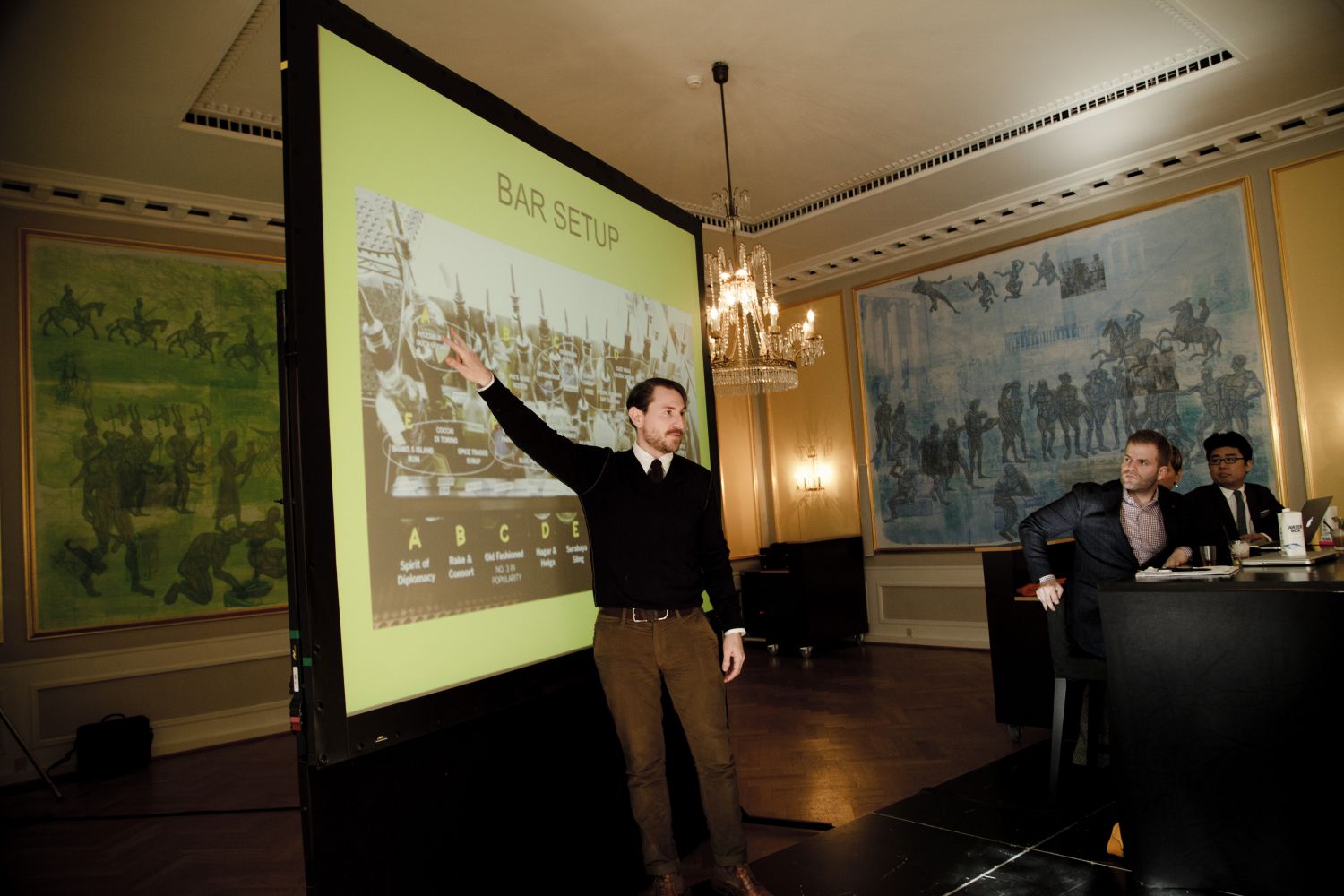 Everyone also stressed how important it is to create good habits in your staff from the very beginning. Leo was adamant about having all his bartenders make drinks to his specs, regardless of how they may personally interpret a drink. The point is that good, profitable bars are staffed by people who subordinate their personal egos in favour of ensuring a consistent, quality experience for their patrons. This means that if I order a Manhattan on Monday from Troy, when I come back on Thursday and Erin is working she'll make me the exact same drink I enjoyed on Monday. It's also a way for bars to insulate themselves from the effects of staff turnover. 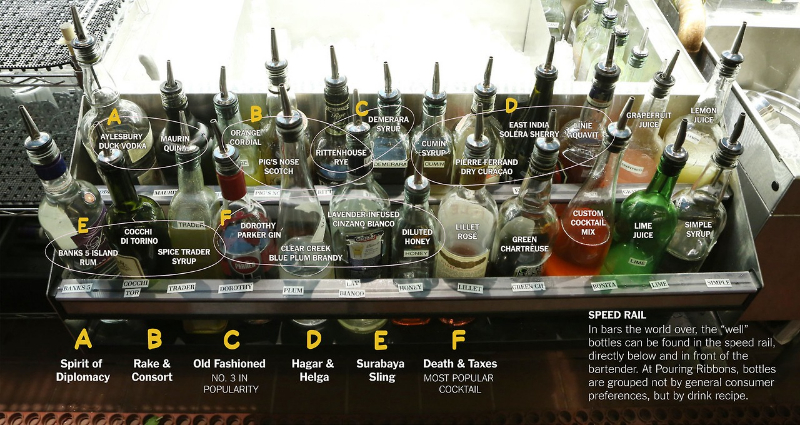 These good habits that profitable bars inculcate into their family also extend to technique and drink making methodology. Drinks should be constructed from the smallest, stickiest ingredient first, then the citrus if any (which will clean the stickiness out of the jigger - you *are* using measured pours, right?), followed by the spirits in order of lowest to highest quantity if it's a particularly complex drink. What this means is that mistakes such as an incorrect ingredient added or a knocked over tin are much less expensive - if you're only half way through drink construction, you've not lost any of the (expensive) spirit!

A thorough bartender will even ensure that his glass & garnish are acquired first, ready to receive the completed drink with glasses that chill during drink construction (if they haven't been pre-chilled). This prevents over-dilution or a reduction in a rich egg-white foam that can occur while the bartender looks around for the proper glass and garnish. The order in which multiple drinks are made was also discussed - stirred drinks before shaken. Joaquin shared an experience he had where the bar owner insisted that a shaken drink had to be in front of the customer within 30 seconds of shaking, even if it was from the service bar and destined for a table. If this goal wasn't met the drink would be poured out and re-made. That kind of demanding quality control tends to focus the mind very quickly!

Finally the panel turned their attention to the way that bars create their cocktail menus. Leo has 35 drinks on the NoMad menu so making sure that every drink doesn't have completely unique ingredients is paramount. Prep and spoilage would be huge otherwise!

They stressed the idea of keeping it simple:

Every bar should attempt to make a signature serve - a drink that the bar is known for. If you can kill two birds with one stone, even better. For example, if at the end of the night you have dozens of oranges without peels that are going to spoil, why not come up with a signature serve that uses orange juice? Alternatively, why not come up with a way to create some non-alcoholic drinks using orange juice?

Elaine and Leo shared numbers around the importance of having a decent non-alcoholic drink program. It's important for several reasons: in a time where legal liability for drunk driving may fall on the drinking establishment, it's important to have alternatives; people drinking non-alcholic drinks can be self-conscious about it, so why not make the appearance of them indistinguishable from their alcohol-filled brethren? And finally, the margins on non-alcoholic beverages can be astronomical so a bar that doesn't have boozeless drinks on their menu is literally turning away profits. 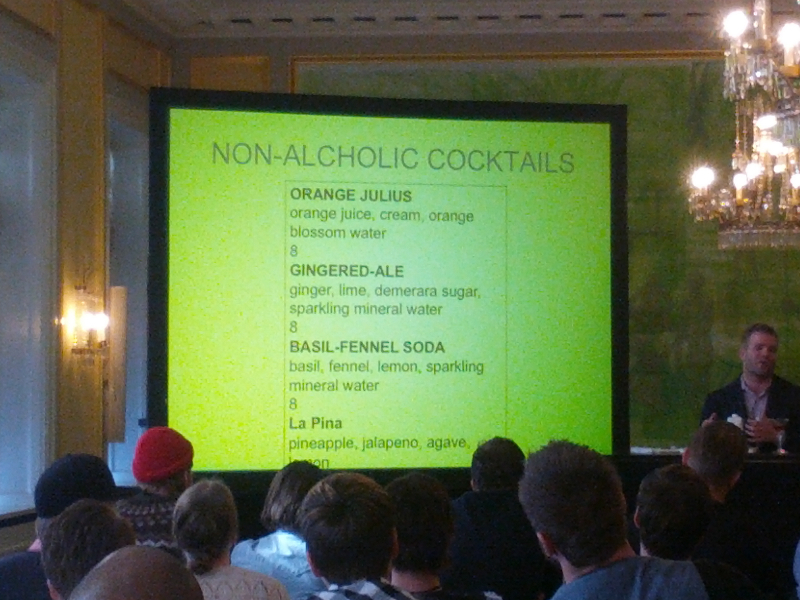 The last part of this session was about techniques being more commonly used to create drinks quickly. Bottling cocktails, barrel-aging them, and making punches are ways that bars can help manage demand surges as well as prepare flavourful, unique drinks. Non-spoiling (read: no citrus!) ingredients can be pre-batched so that only the final steps of drink construction need be done a la minute. One of the dangers of batching cocktails for volume is that some of the ingredients don't scale linearly so things like bitters and absinthe can't just be added in the same proportions as they are in an individual drink. Tasting during batching is paramount and you should always err to the downside so that you can add more to taste.

One of the most impactful slides in the presentation was the one that showed how all of these little efficiencies can add up to a greatly increased drink throughput. In their real-life example they showed how simple changes to menu, technique and bar setup could result in 50% more drinks being served in a given shift. This didn't even take into account the reduced waste and improved customer satisfaction. Incredibly sobering (heh) stuff if you're a bar owner. 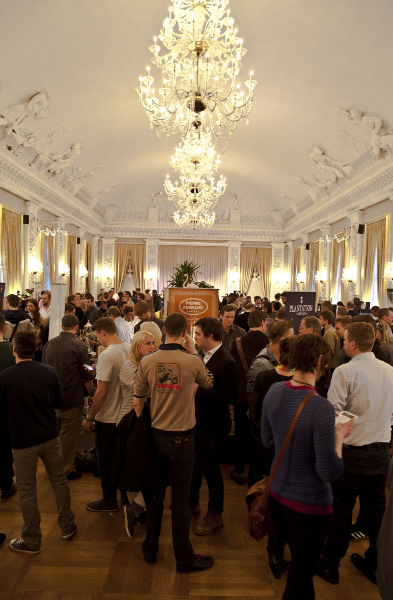 In addition to these fantastic seminars and master class tastings there was also a large tasting room with a number of brands present that I had never heard of before. It was an excellent chance for us to taste the products of some independent spirits makers as well as to revisit some old friends. I've attached a few photos below of some of the more interesting products we tried. Perhaps some of them will find their way to Canada via Bon Vivant Spirits Agents in the near future.

All-in-all the two-day festival was an amazing experience in a wonderfully walkable, food-friendly city. Henrik has done fantastic work bringing together the Scandinavian spirits industry and I look forward to visiting again in 2014. Skål! 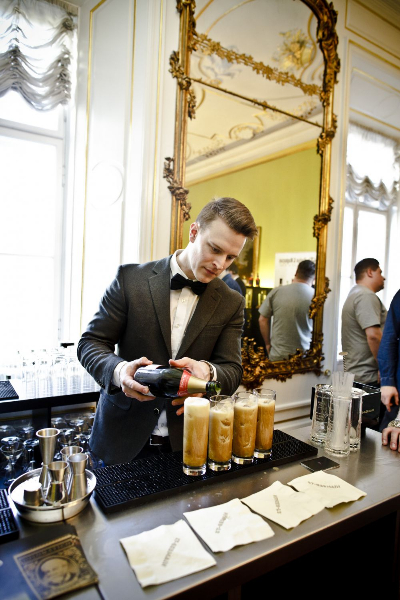 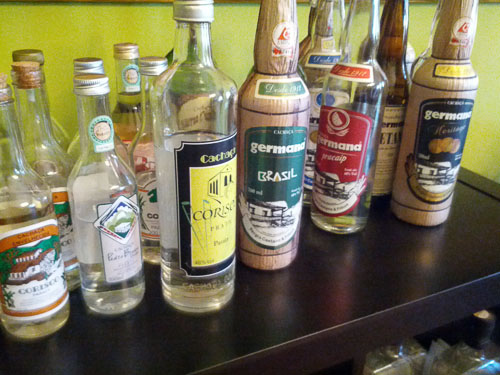 A variety of Brazilian Cachacas 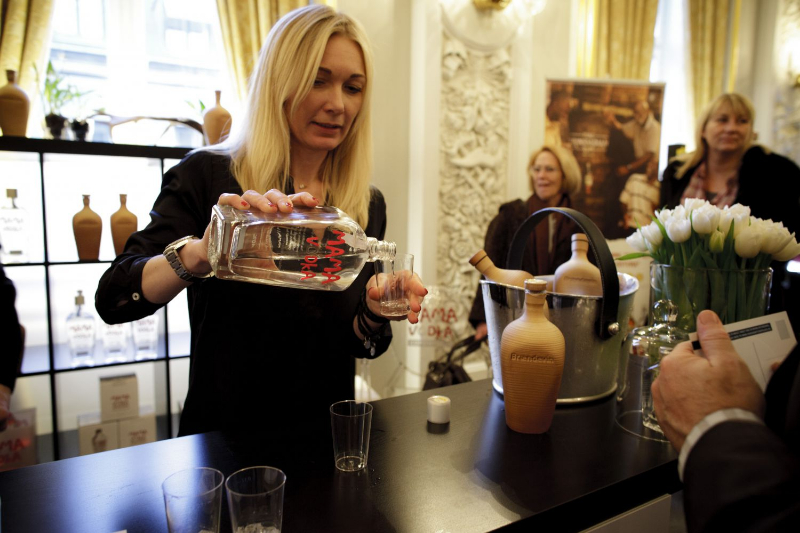 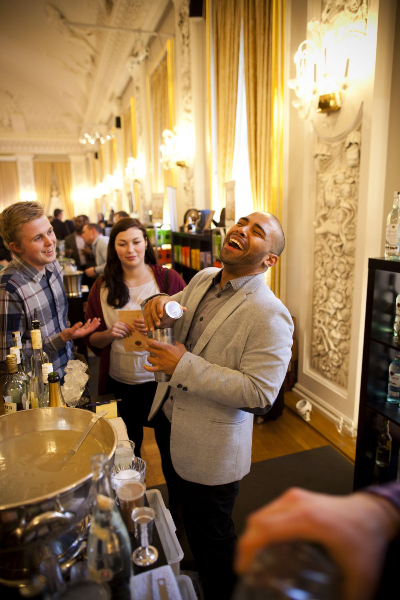 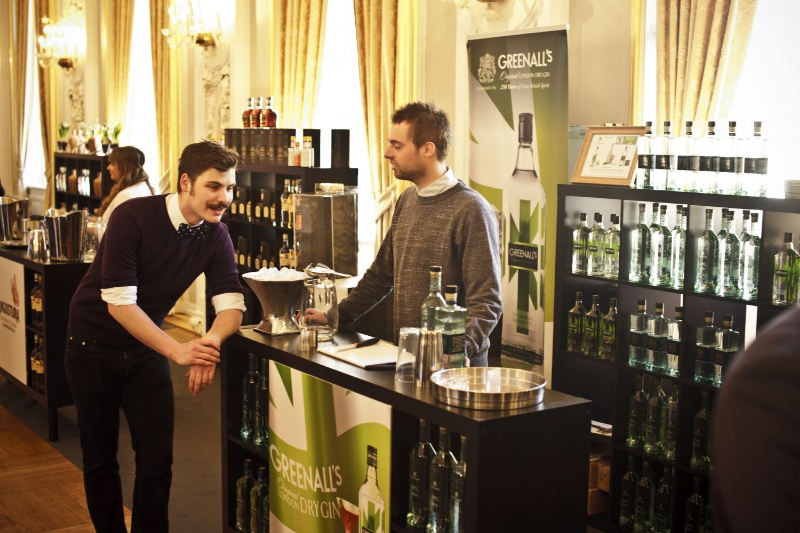 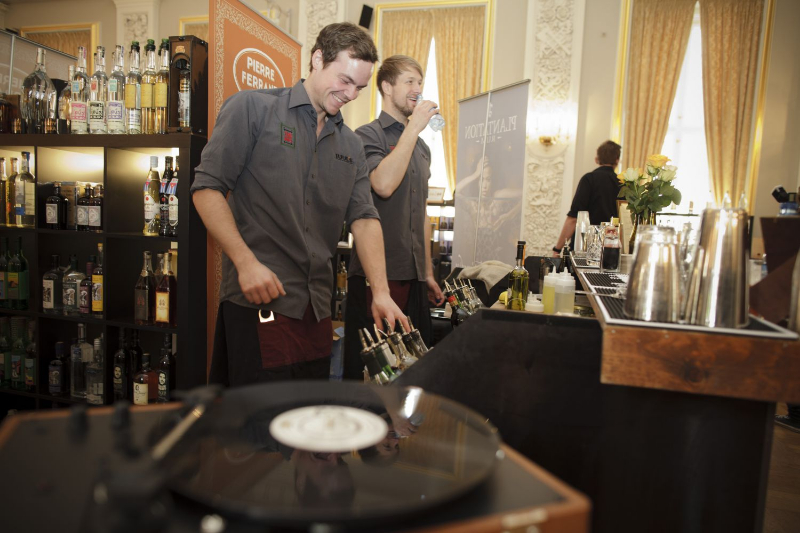 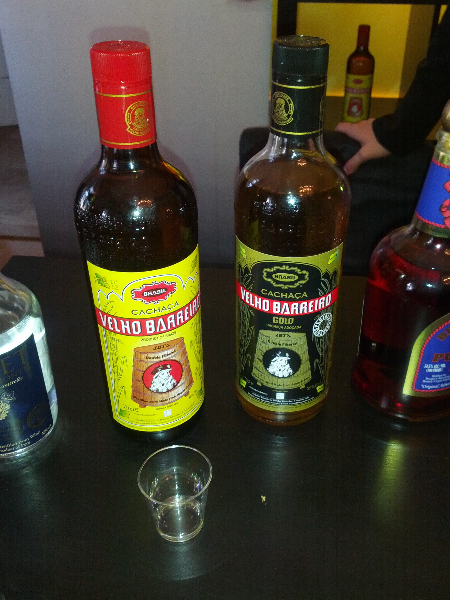 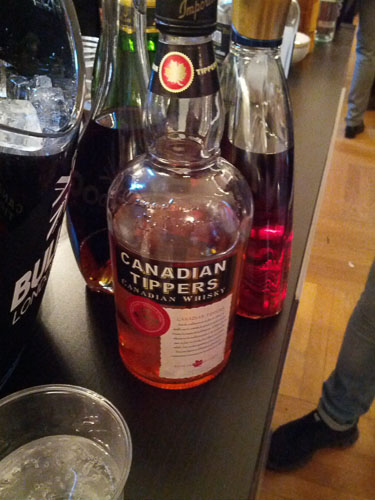 I'm Canadian, and had never heard of this before! 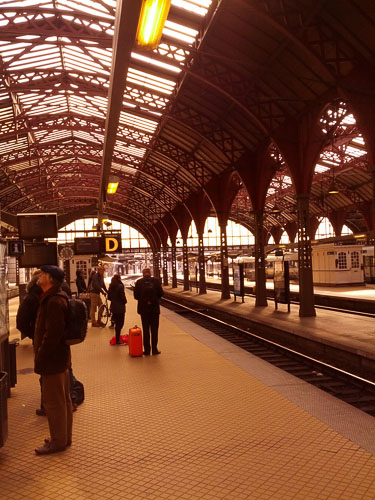 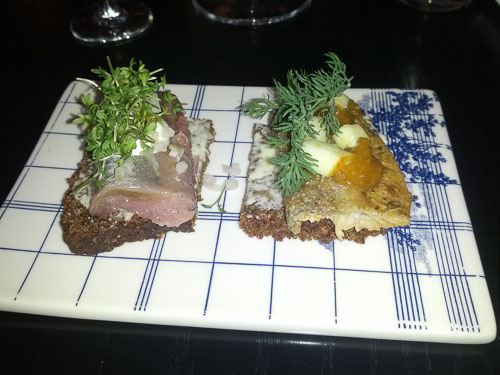